NOAH honors Black History Month with snapshots of just a few of the important, impactful, and life-saving stories of Black history and healthcare in America. One of our primary goals at NOAH is to ensure quality healthcare for every member of our community. To do that, we will look at where we have been as a society, what we have accomplished, and how we will collectively achieve this goal.

Dr. Daniel Hale Williams started his own medical practice in Chicago, Illinois after completing medical school in 1883. In an era where hospitals didn’t admit African Americans and denied Black doctors, Dr. Williams was one of only three Black doctors in the state. He went on to advocate for Black rights and founded Provident Hospital and Training School for Nurses in 1891. Provident Hospital was the first medical facility in the nation to have interracial staff. The hospital still operates as Provident Hospital of Cook County in Chicago.

Considered a pioneer in heart surgery, Dr. Williams is best known for being the first surgeon to perform open-heart surgery on a human. The remarkable surgery, performed in 1893, was a success. The African-American patient, James Cornish, was discharged 51 days later.  Cornish went on to live for decades after his groundbreaking surgery.

Dr. Williams moved on to become the Chief Surgeon for Freedmen’s Hospital in Washington DC from 1893-1898 where he continued to pursue equal rights and encourage the employment of interracial staff. He also founded the National Medical Association in 1895 as an alternative to the all-white American Medical Association that did not extend membership to Black doctors. As a charter member of the American College of Surgeons in 1913, he was the first and only African-American member for many years.

Dr. Williams’ work as a pioneering physician and advocate for racial equality marks a significant milestone in Black history that is still celebrated today.

For more life-saving stories of Black history and healthcare in America, check out these posts: 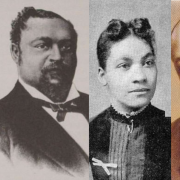 Profiles in Leadership
Scroll to top